I wrote briefly a couple of months ago about Hsiao-ting Lin's book, Accidental State: Chiang Kai-shek, the United States, and the Making of Taiwan (Harvard, 2016)--see the bottom of this post. I'm closer to finishing the book now, and it has given some fascinating information about U.S.-Taiwan-China relations in the early postwar years. It also gave me some new information about how Thomas Liao tried to get the Supreme Commander of the Allied Powers (SCAP), MacArthur, to take over Taiwan at least temporarily before Chiang Kai-shek's retreat in 1949.

I do have an issue, however, with how Lin represents the White Terror, or the "white terror," as he calls it. A minor point is the use of lower case and quotation marks, which in my view seems to be an attempt to lessen its importance or seriousness. More importantly, he redefines the “White Terror” at one point, writing that in 1950, “secret police action was undertaken throughout the island against those who were potentially opposed to the Nationalist rule, generally labeled as ‘communist spies.’ … This marked the beginning of a decade-long “white terror” on the island” (p. 185, emphasis mine). (In an endnote to an earlier part, he suggests that the "white terror" lasted "from the 1950s to the 1970s" [p. 284, n. 84].) Every source I've seen about the period describes the White Terror as lasting for much, if not all, of the martial law period that ended officially in 1987. (I know some people who even disagree with the 1987 date and put it back into the 90s.)

Speaking of sources, Lin recommends two books in that aforementioned endnote, including (oddly) Kang-yi Sun’s Journey through the White Terror, a book that, though emotionally moving, as I wrote in a review of the Chinese-language original, is more of a memoir of her family's experiences during the White Terror than a comprehensive history of the period. Interestingly, as I mentioned in a comment to that earlier review, Sun seems to excuse higher-ups like Chiang Ching-kuo for their role in the White Terror (or at least her experience of the White Terror) more readily than many other victims might. I have not read the other source that Lin cites, Lan Bozhou's (藍博洲) 1993 book, White Terror (白色恐怖), so I can't speak to that book, though I wonder if there isn't anything more recent he could have cited.

These are perhaps minor issues, as are, perhaps, my issues with Lin's depiction of 228. Perhaps they add up to something more, and perhaps not. (Lots of "perhaps".) I do think Accidental State is a valuable and informative book, though, and it has given me some other perspectives on George Kerr's role in postwar U.S.-Taiwan relations.
Posted by Jonathan Benda at 3:35 PM No comments:

This should come in handy soon... 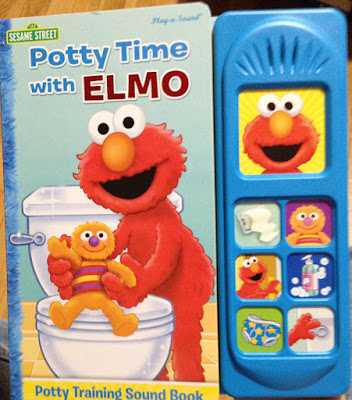 Posted by Jonathan Benda at 8:09 PM No comments:

"The Story of The United States Government..." in Taiwan and Bahrain


In honor (?) of July 4, I thought I'd post a publication from the U.S. Office of War Information--a booklet that George H. Kerr refers to in Formosa Betrayed. I found a copy of this pamphlet in in the GHK collection at the Taipei 228 Memorial Museum last summer and scanned it. The booklet is entitled, The Story of The United States Government ... How It Started ... And How It Works. It describes the U.S. system of government through the eyes of "John," a 21-year-old American citizen who reflects on what he has learned in school about the government, participates in electoral politics, and fulfills his obligations, such as performing jury duty. By presenting an idealized image of the American political system, the pamphlet encourages readers to admire that system.

Kerr writes about this booklet in chapter 10 of Formosa Betrayed, arguing that this kind of propaganda encouraged young unsophisticated Taiwanese to imagine that the U.S. would support them if they took action against the unjust Chen Yi administration. As Kerr puts it,


The pamphlet - like many others - took the form of a pictorial appeal to young people of middle and high school age, that age of political unsophistication when all things seem possible to achieve through direct action. Formosans reading it could see the parallel distinctly - their ancestors, too, had left mainland China for an open frontier, and they, too, had tried again and again to protest taxation without representation. (The taxation of tea was a very familiar issue.) For a quarter century their fathers and elder brothers had struggled under the Japanese to achieve local self-government through elective assemblies; now it was their turn to take up the self-sacrificing struggle.

Actually, this particular pamphlet says little about the American Revolution. It notes that John had "learned how the people of the early American colonies fought and won their independence and freedom to govern themselves," and that "the American colonists, after winning their independence, recognized the need for a strong union among the colonies for their mutual protection and welfare." It's of course hard to say how much emphasis Taiwanese readers of this booklet would put on the idea of winning independence; possibly if they were reading it in the context of other pro-democracy rhetoric, they might mix together the messages of these various texts. Probably the most powerful or encouraging part of the pamphlet is at the end:


It is through experiences such as those described in this booklet that citizen John participates in the operation of his government. And it is as a result of these experiences that John's form of government has become precious to him --a government which permits freedom of religion, freedom of speech, freedom of the press, freedom of assembly, and freedom to choose those who govern. Today John and millions like him all over the world are fighting to keep these freedoms alive.

As Kerr says, after quoting this paragraph, such a message "was construed to mean that the United States Government and the American people were standing by ready to support a 'fighting effort' to make democracy come true in Formosa." He concludes:


The United States Information Service Director realized that propaganda headquarters in Washington was paying not the slightest heed to our consular reports. These had been grave enough in early 1946, but as the year drew to a close they carried warning that a sense of crisis filled the island. November brought many new reports of conflict between the Formosans and the mainland Chinese, and some of these incidents - in retrospect - were to take on special significance. ... The possibility of violence was present; the ill-considered propaganda was inflammatory, but the Consulate continued to distribute it.

As readers of Formosa Betrayed find out, in reality, the official response of the U.S. Consulate to Taiwanese requests for support in their struggle against the KMT, and in the aftermath of the February 28, 1947 Incident (and subsequent massacre), was "This is China now."

As readers can see, the pamphlet was published in English, which suggests a desire to appeal to more educated people in Taiwan. (Interestingly, it doesn't describe the electoral system when explaining how leaders are elected.) Publishing in English was probably also more economical, since the booklet could also be sent to other countries. I came across another reference to this pamphlet in a post on the British Library's American Collections blog. This post, by Louis Allday, focuses on how the U.S. sent this and other pamphlets to the chief of the Bahrain Police Force in 1946 (the same year it was sent to Taiwan). Allday discusses three pamphlets, two of which (including The Story of the United States Government...) were in English, and one of which was in Arabic. At the time, Bahrain was controlled by the British, who were none too happy to see such American propaganda sent there.
Posted by Jonathan Benda at 6:40 PM No comments: