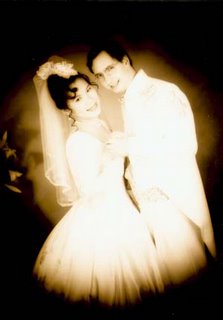 Back in 1997, I wrote about the first Chinese New Year that I spent with my then-future in-laws, but the only version left of that story is archived here...
Posted by Jonathan Benda at 10:51 AM 6 comments:

In response to this:*

'Are you guilty?' said Winston.

'Of course I'm guilty!' cried Parsons with a servile glance at the telescreen. 'You don't think the Party would arrest an innocent man, do you?' His frog-like face grew calmer, and even took on a slightly sanctimonious expression. 'Thoughtcrime is a dreadful thing, old man,' he said sententiously. 'It's insidious. It can get hold of you without your even knowing it. Do you know how it got hold of me? In my sleep! Yes, that's a fact. There I was, working away, trying to do my bit -- never knew I had any bad stuff in my mind at all. And then I started talking in my sleep. Do you know what they heard me saying?'

He sank his voice, like someone who is obliged for medical reasons to utter an obscenity.

"Down with Big Brother!" Yes, I said that! Said it over and over again, it seems. Between you and me, old man, I'm glad they got me before it went any further. Do you know what I'm going to say to them when I go up before the tribunal? "Thank you," I'm going to say, "thank you for saving me before it was too late."

--from 1984
[Update, 12/27/05: Well, now that (as everyone probably knows), the student in question has admitted to lying, I guess we should all let down our guards and realize that the wiretapping and other domestic spying activities the U.S. government is conducting couldn't possibly endanger the freedoms of patriotic Americans. After all, Colin Powell says it's OK...]
Posted by Jonathan Benda at 12:47 PM 6 comments:

A must-read from the latest Written Communication

At the top of my list of articles to read:

Scholars around the world are under increasing pressure to publish their research in the medium of English. However, little empirical research has explored how the global premium of English influences the academic text production of scholars working outside of English-speaking countries. This article draws on a longitudinal text-oriented ethnographic study of psychology scholars in Hungary, Slovakia, Spain, and Portugal to follow the trajectories of texts from local research and writing contexts to English-medium publications. Our findings indicate that a significant number of mediators, "literacy brokers," who are involved in the production of such texts, influence the texts in different and important ways. We illustrate in broad terms the nature and extent of literacy brokering in English-medium publications and characterize and exemplify brokers’ different orientations. We explore what kind of brokering is evident in the production of a specific group of English-medium publications—articles written and published in English-medium international journals—by focusing on three text histories. We conclude by discussing what a focus on brokering can tell us about practices surrounding academic knowledge production.

Posted by Jonathan Benda at 1:08 PM No comments:

Suddenly, she hears creaking sounds. Before she can do anything, pieces of tile fly toward her, pointing their sharp edges at her...

The gruesome aftermath (caution: not for those with weak stomachs!): 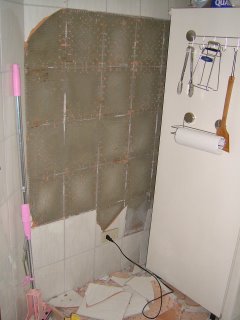 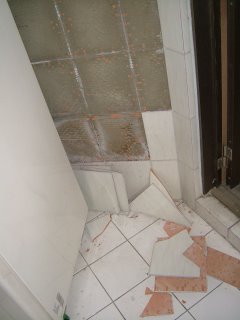 Actually, the real story is the FNCS heard the noises and quickly got the camera to take shots as the tiles flew off the wall. (Unfortunately, the battery was dead, so she had to wait until it recharged to take pics of the aftermath...) But why ruin a good story with the truth?
Posted by Jonathan Benda at 10:13 AM 2 comments:

Plagiarism and the Chinese news media

ESWN has helpfully translated an article from MediaChina.net on the prevalence of plagiarism in news organizations in China.
Posted by Jonathan Benda at 10:00 AM No comments: