Little did I know when I was writing posts on this popular theme that they would culminate in a trip to this historic site:


How was I able to locate this sacred place? Research, my children! (OK, I googled it...)


Of course, as with all good pilgrimages worthy of the name, ours was fraught with danger (though that was mainly because I didn't have any coffee until we got to DD).

After our trip to DD, we found our way to a huge Chinese supermarket nearby. The selection of instant noodles alone was enough to make us 喜極而泣...
Posted by Jonathan Benda at 6:20 PM No comments:

A few pictures from sixty years ago

On our most recent trip to my parents', we saw a few pictures that my late uncle took when he was stationed in South Korea during the Korean war. I thought I'd post a couple of them--I don't have much information about them, so if anyone has some information about where they might have been taken, etc., I'd appreciate your help.

First, a couple of pictures of my Uncle Warren and the notes he wrote on the back of them. 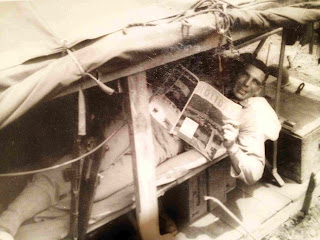 Neat handwriting, huh? Anyone who's been my student can tell you my handwriting is nowhere near as nice. 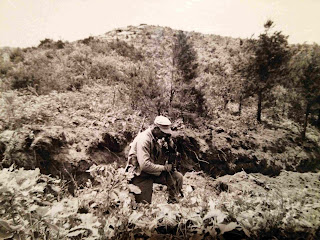 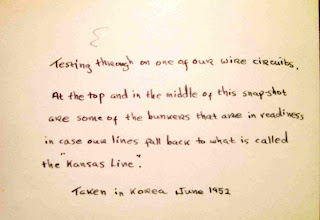 Somehow this (and the following pic) got through the Marines' censors...? 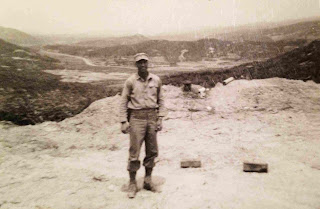 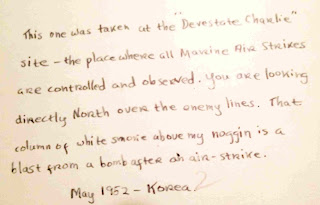 It might be hard to see the column of smoke...

I assume the following photos are from Korea, although my uncle did do some R&R in Japan. (He sent my mom some letters from there.) I'm particularly interested in the building in the last picture. Anyone know what it is? 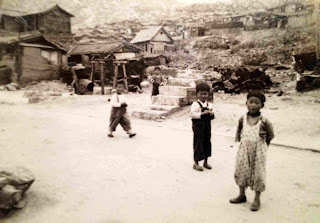 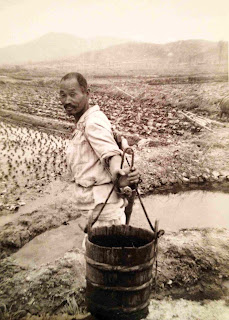 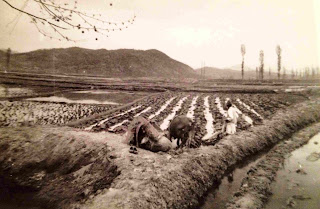 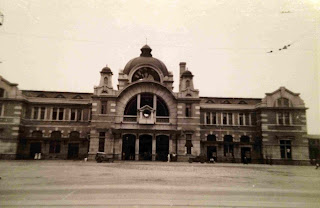 Thanks to my wife for the 翻拍 and cropping!
Posted by Jonathan Benda at 10:19 PM No comments: