Trip to the Daodong Tutorial Academy

The weather cleared up a bit yesterday, so the former native Chinese speaker and I took a trip to Hemei in Changhua to look at the Daodong Tutorial Academy there. We went to the Huangsi Academy in Taichung County a while back and thought it would be interesting to see another of the traditional schools set up here.

The visitor's guide to the Academy describes it as follows:


Local gentlemen advocated and offered a land for building the Daodong Tutorial Academy in 1857, and it was completed the following year. It is a compound with traditional Chinese houses around a courtyard which sits north, and faces south.

Here are some of the pictures we took of the Academy. Most of these were taken by the former native Chinese speaker. 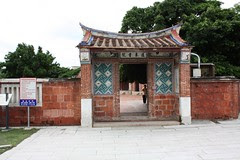 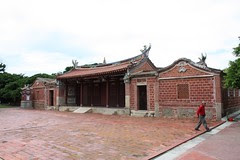 The front of the school 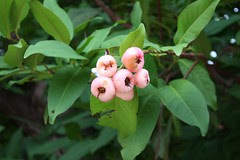 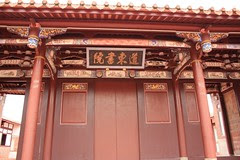 The entrance to the school building--the guide told us that the center door was reserved for officials, elites, or other grand high muck-a-mucks. If you look at the picture of the front of the school, you'll see the two side doors have steps leading up to them, but the center door has a ramp. That wasn't for wheelchair access; it was for carrying someone up in a palanquin (轎子). 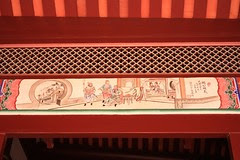 A newer painting, dating from 2004. This painting is found near the front door of the building. 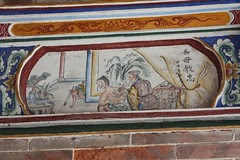 An older painting, dating from 1884. I have to admit I like the older ones better than the newer ones, but a lot of the school had to be rebuilt after years of disuse. The most recent major work done on it was after the 921 earthquake in 1999. 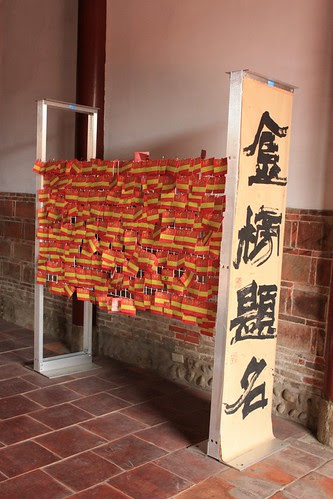 Prayers from area students who want to get into particular schools (the local 'deity' is Zhu Xi, the "father" of Neoconfucianism) 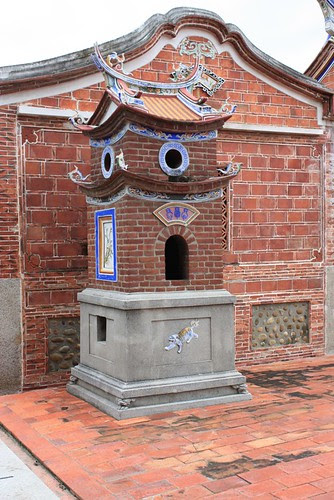 I've got more pictures of the school here, in case anyone is interested. We had a nice time, and a staff member named Miss Tung was especially helpful in answering our questions. Here's a pic of her and me: 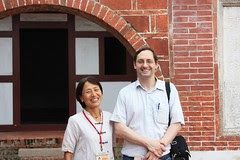 (Next time I'll shave before going out with a camera. You never know...)

[Update 11 June  2016: I just came across a more recent post on the Daodong Academy on Alexander Synaptic's blog. It includes a pretty creepy story about an event that took place at the temple after our trip there in 2008.]
Posted by Jonathan Benda at 6:32 AM