Typhoon Talim is starting to affect us right now, as you can see from the images below from the Central Weather Bureau: 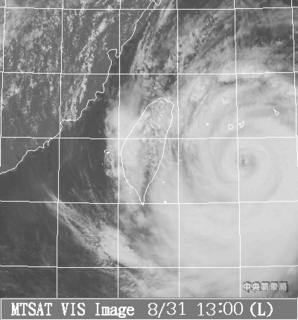 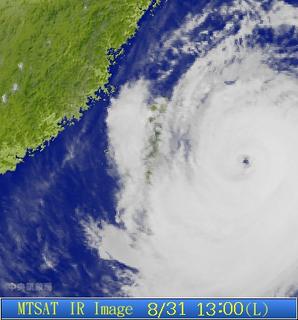 Update, 11:23 p.m.: Still windy (getting windier). And have some rain leaking into the apartment--somehow getting in through the air conditioner.

Here's the latest satellite image from the Central Weather Bureau. 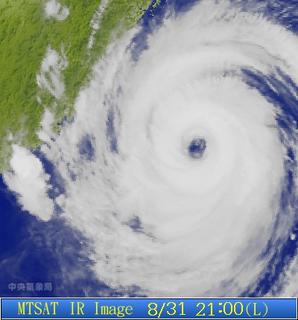 Taiwan's down there somewhere...

I heard Mike Chinoy on CNN earlier, saying that Taiwanese are even more serious about this typhoon because of the coverage of Katrina that has been on the news here. Maybe. But I think it's also because this is such a huge typhoon. One news article mentioned that it has winds up to 184 kmh.

The news has announced that businesses and schools will be closed all over the island tomorrow. We'll probably have to prepare for a water shortage too, I imagine. Hopefully it won't be like last year. Time to fill up the bathtub...

We're thinking of you!